Why are my muscles tight? 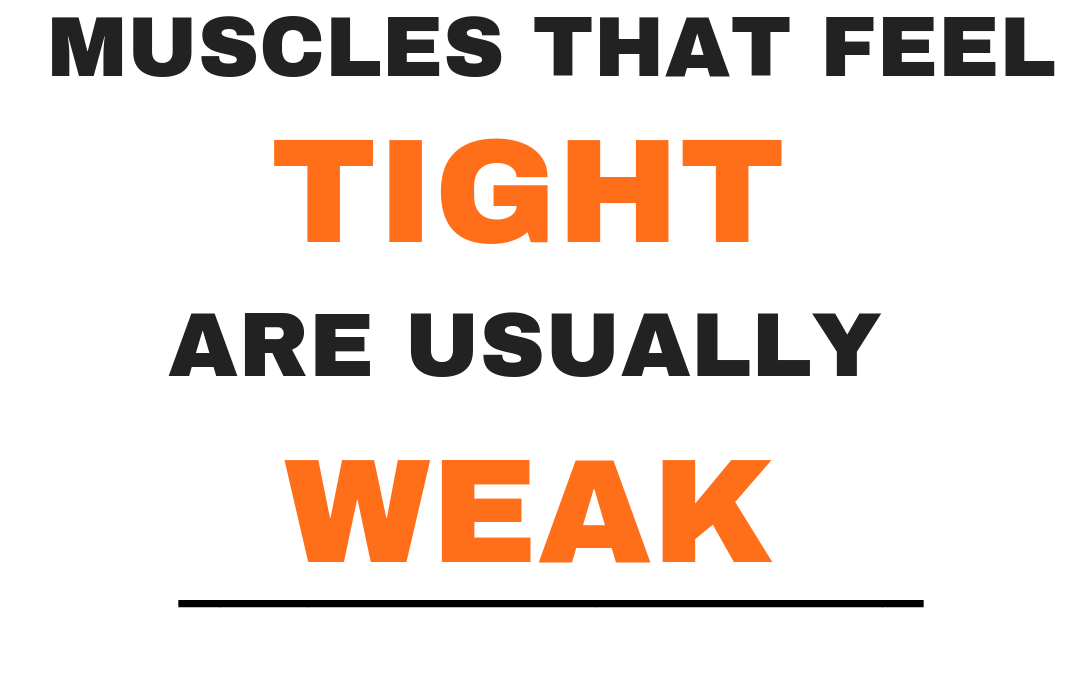 This topic is not discussed enough in the health and sports industry, and could probably be used to describe most of my clients in some aspect or another. How often have we all heard that my hamstrings are feeling tight? What is going on here? A lot of the time, people that describe these symptoms have normal or very good flexibility, so what could be the cause?

If we take the first case, you want to try to loosen things up and relax the muscles more. A classic example of this is a person having muscles in the chest (pectorals) that are extremely strong that pull his shoulders forward and cause his chest to feel tight. This is something that I see everyday in my Cardiff Sports Massage Clinic. In this instance, stretches to open up the chest would likely be a great idea.

However, in the second case — the one in which you have tight muscles compensating for weak ones,  stretching the tight area may not be a great idea. An exceedingly common version of this is the tight mid and upper back and neck muscles on women who “carry [their] stress in their shoulders.” Often, these are women who spend long periods slouched in front of a computer or driving long distances with their rhomboids and middle and lower trap muscles constantly getting weaker and longer. As the shoulders go into a more and more slouched position and the rhomboids and traps get weaker and longer, a sensation of tightness kicks into the upper shoulder muscles and neck muscles as they compensate for the lack of stability in the mid back.  Massage and stretching the mid and upper back may offer some relief, but they also inhibit muscle activity there and thus exacerbate the underlying length and weakness issue. 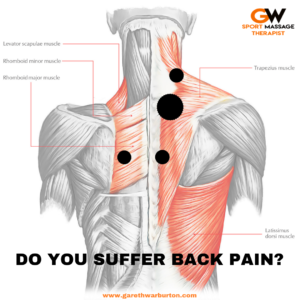 On a similar issue you may have a situation where a guy feels tightness in his hamstrings. No matter how much and how often he stretches the hamstrings, they feel tight and never seem to relax at all. In a case like this, you’re often looking at a hamstring that is compensating for weakness in the butt and hip muscles. Because the butt and hip muscles are not doing their jobs, the hamstrings are getting a signal from the brain to ramp up activity to lend extra stability and control around the pelvis. This means if this guys is actually successful at stretching out the hamstring, he’ll have overridden an important compensation that his brain and body need to keep the hip joint stable. Not a pretty picture. So his body doesn’t let him do it until he can activate his butt/hip muscles (e.g. gluteus medius and maximus). On a brief aside specifically related to this situation,  there is often extreme shortness in the muscles in front of the hip that neurologically shuts down the activation of the butt muscles even though no sensation of tightness occurs in the front of the hip! These muscles would benefit greatly from being lengthened, but moire importantly, STRENGTHENED.

When muscles are tight as a compensation for a weak muscle, it’s important to first identify what muscle isn’t doing its job. If this is something that you are concerned about then come and visit my Cardiff physiotherapy clinic where I will asses you for any imbalances. You can then work to rebalance the effort in the muscles so that the ones that should be working DO and the ones that shouldn’t don’t. The alternative, commonly known as stretching and stretching and stretching (or even foam rolling and foam rolling), just won’t solve the problem.

Suffer from shin splints? Read our article on what they are and how to treat them here